Report_AI-NURECC PLUS Side-Event “CREATIVE AND CULTURAL INDUSTRIES IN THE ADRIATIC-IONIAN REGION” Focus: Cinema and Films , 06/04/2022.

Report_AI-NURECC PLUS Side-Event “CREATIVE AND CULTURAL INDUSTRIES IN THE ADRIATIC-IONIAN REGION” Focus: Cinema and Films , 06/04/2022.

In the framework of the International Economic Fair of Mostar, held from the 5th to the 9th of April 2022, Forum AIC organised the AI-NURECC PLUS Side-Event “CREATIVE AND CULTURAL INDUSTRIES IN THE ADRIATIC-IONIAN REGION” Focus: Cinema and Films” as a follow up of the of the two Conferences held on the 1st December 2021 and on the 28th February 2022 which have started mapping the variety of Creative and Cultural Industries existing in the Adriatic and Ionian region and observed the latest developments and trends at EU level that contribute to the implementation of the Cultural and Creative Regional Ecosystems (CCRE-S3).

Cultural and creative industries (CCIs), are composed of all sectors whose activities are based on cultural values, or other artistic individual or collective creative expressions, are a part of European identity.  AI-NURECC Plus is a preparatory action financed by DG REGIO that will capitalise on the results of the AI-NURECC Initiative, concluded in December 2019. The Cultural and Creative Industries Action aims at fostering the potential of CCIs for the economic and innovation development of the Adriatic-Ionian Region.

The side-event, through interventions from experts and representatives of the sector, aimed at digging more in detail into the Audiovisual sector, with a special focus on Cinema and Films, analysing the evolution of the former Yugoslavia to date, with the aim of understanding how to make the sector more attractive at European and international level.

Eleonora Tramannoni, Executive Officer Forum of the Adriatic and Ionian Chambers of Commerce, moderated the event and gave the audience a quick summary of what emerged during the first two events organised during the implementation of the action, where the objective was to map the variety of Creative and Cultural Industries existing in the Adriatic and Ionian region and also took into consideration the latest developments and trends at EU level.

She then introduced the topic of the side-event, that focused on the sector of Cinema and films thanks to the insights of the excellent group of experts in the sector, who helped the audience to understand how to make the sector in the Region more attractive at European and international level, therefore, supporting growth and job creation.

Welcome greetings from President of Split Chamber of Commerce and President of Forum AIC Jose Tomaš, opened the meeting. President Tomaš affirmed that Creative and Cultural industries have the ability to develop a bottom-up type of approach to guide policies and strategies by listening to stakeholders who can contribute to boost economic growth and also improve the quality of life.

“As usual it is a great pleasure working on the AI-NURECC Plus initiatives. We are aware of the important contribution that this initiative has given, and is continuing to give, to the development of the Adriatic-Ionian Area, also supporting post-covid recovery. As I already underlined during the previous events, we strongly believe in the theme of CCIs as one of the core themes of the AI-NURECC PLUS initiative. And we are now convinced that the synergies between the AI-NURECC stakeholders are essential to ensure the development of Cultural and Creative Industries: from the training to the support of local and regional actors (we had for example, during our last events, the experiences of the UNESCO cultural and creative cities: through which we entered in contact with City of Sarajevo, recognised as UNESCO City of Film. Hence today we will go more in detail into the Cinema and Film Sector) and also to the support of chambers of commerce and the economic -financial world”.

Mr. Marko Šantić, President Federation of Bosnia and Herzegovina Chamber of Economy welcomed the participants both on site and online and gave his thanks to the AI-NURECC Plus partners who organised such an interesting event in the Framework of the Fair in Mostar, wishing everyone good work.

Mr. Marco di Ruzza, Ambassador of Italy in Sarajevo, thanked President Tomas for the invitation to such an important event of the Adriatic and Ionian Chambers of Commerce affirming in Bosnia and Herzegovina, given that the country will take over the Presidency of the Adriatic and Ionian Initiative. The economic partnership between Bosnia-Herzegovina and Italy is now stronger than ever, after the difficult months of the pandemic. Italy became the first largest exporter to the country, and remains one of the biggest investors.

As for the subject of the event, “the Italian Embassy in Sarajevo has a strong cultural policy, which is articulated every year in a number of initiatives and events that are already a tradition among the Bosnian-Herzegovinian public. What is particularly interesting to hear from the distinguished guests, from all the Adriatic-Ionian area, are the different perspectives of their national audio-visual productions, tracing back their history to the past Yugoslavian period and examining which can be the future of the sector in the region in order to make it attractive at European and International level”.

To conclude, he then informed the participants that Italy has recently decided to open an Italian Cultural Institute that, like in other Western Balkan Countries, can give even more impetus to cultural relations among our countries, including cinema. It will be based in Sarajevo, but ready to promote cultural relations across the entire Bosnia-Herzegovina.

Mr. Stavros Kalognomos, Executive Secretary of the Balkan and Black Sea Commission (BBSC), Conference of Peripheral Maritime Regions (CPMR) – AI-NURECC PLUS Coordinator. Mr. Kalognomos underlined the importance of AI-NURECC Plus as a capitalization of the results of the AI-NURECC initiative, and of the thematic of the Cultural and Creative Regional Ecosystems, elaborated by AI-NURECC partners. Creative and cultural industries are mentioned as one of the studies for the next period. This AI-NURECC thematic area aims to bring together  stakeholders in a sector characterised by a variety of professionals. “Improve the lives, transform communities and generate skills and jobs in this sector is a priority of this action”. For this purpose young participants are invited to follow the AI-NURECC Plus events: there will be internships dedicated to them, with participants geographically balanced, and AI-NURECC Plus is happy to receive suggestions from young people, and not only them.

The first speaker of the opening session was Mr. Paolo Seri, Centro per l’Innovazione e l’Imprenditorialità, Marche Polytechnic University, who gave participants an highlight of the Film industry, affirming that the CCIs are not recognized as a single sector, and therefore there is no single institutional and strategic framework governing this area, and the responsibilities for design and development are divided according to which particular activities they belong to. The need for cross-sectoral cooperation is strong in the cultural and creative sector.

Countries and policy makers should start to reason in terms of cultural creative ecosystems: an ecosystem led by culture and creativity is a system in which CCIs, as part of a broad socio economic system, are able to produce spillover or positive externalities in other dimensions.

He concluded affirming that the cinema and audiovisual sector is central in CCIs, both for its relevance in terms of real contribution of highly educated employment and growth of GVA, and for its connections (relatedness) with other compartments and tourism. The cinema and audiovisual sectors can be inserted at the centre of policy agendas in which cultural and creativity can interact with other several dimensions;

The second speaker of the opening session was Ms. Ana Devic, Department of Political and Social Sciences University of Bologna. Mrs. Devic set the background retracing the evolution of CCIs in Yugoslavia since the 1960s. She affirmed that the most prolific cinema period was post-WWII: rich in documentaries and genre experiments. Throughout the mid-1970s, film directors utilised the fragmentation of funding; new funding for film companies and film academies in republics & provinces to get larger budget cuts and more freedom. Starting from the 1970s, republican nationalisms in the audiovisual sector served as a Response to the Crisis: the Economy affects the Film industry. From then on, many new currents have occured: the ‘Prague school’, Nationalism condemned, Censorship de facto disappears, and then again Nation-Building. She concluded affirming that Cooperation and co-productions grew for various reasons:

The Round Table on “THE EVOLUTION OF THE FILMMAKING PROCESS IN THE MACROREGION” was moderated by Mrs. Natasa Kucera, from Sarajevo UNESCO City and Project manager of the Sarajevo Film Festival.  Mrs. Kucera gained work experience in the Cultural and Creative sector, through engagements at film festivals:

She continues her work in the Creative industry within the Obala Art Centre Association, where she is in the permanent organisational team of the Sarajevo Film Festival, as the manager of several sectors. She is a Project Manager of the Sarajevo Film Festival Awards for TV series, and since October 2021 she is a Project Manager at Sarajevo UNESCO City of Film.

She was part of the production team on the film “Concentrate, Grandma”, directed by Pjer Zalica, and “Not So Friendly Neighbourhood Affairs”, directed by Danis Tanovic.

The Round Table was animated by:

The main take-home messages from the Round Table have been: 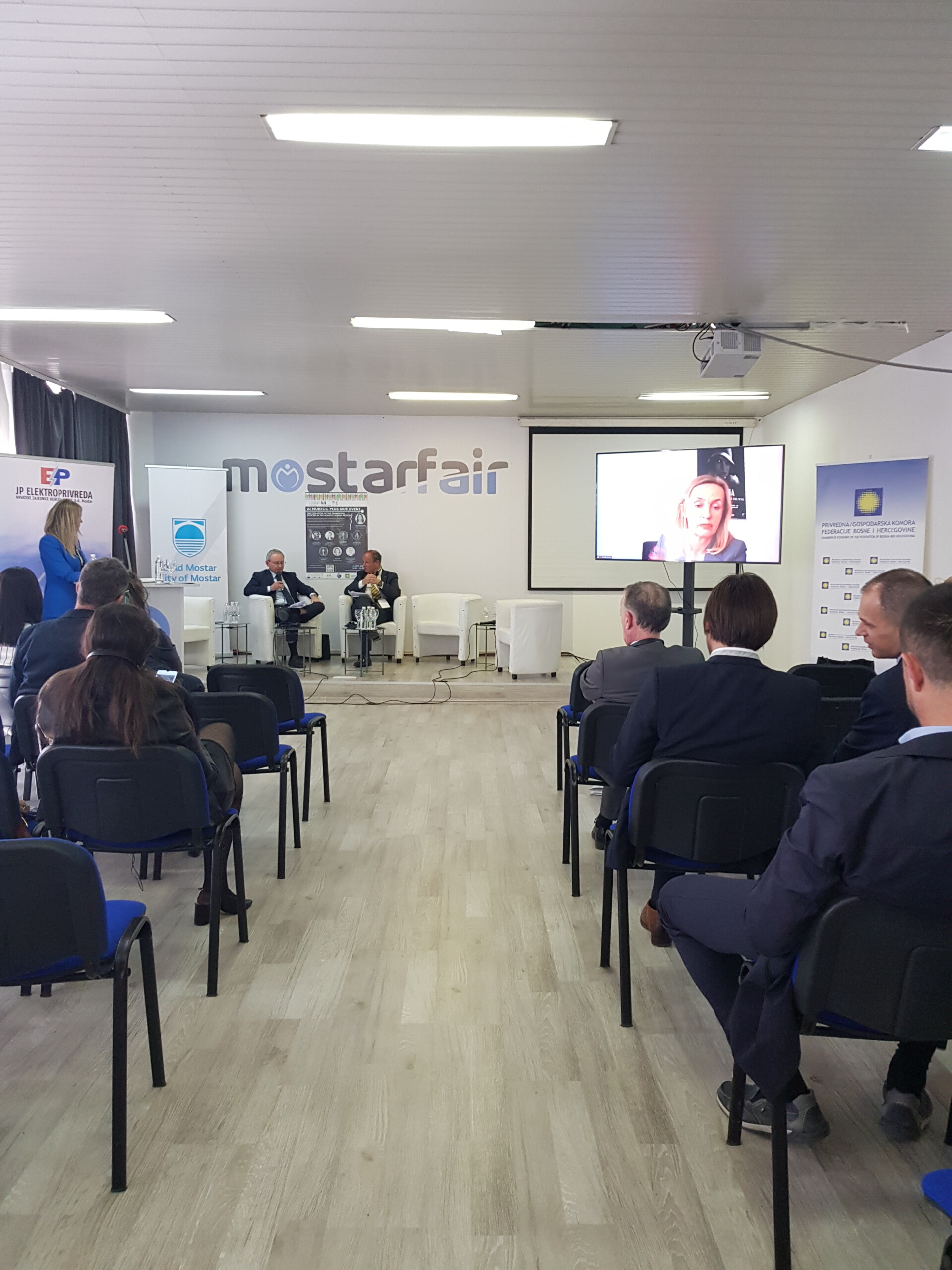 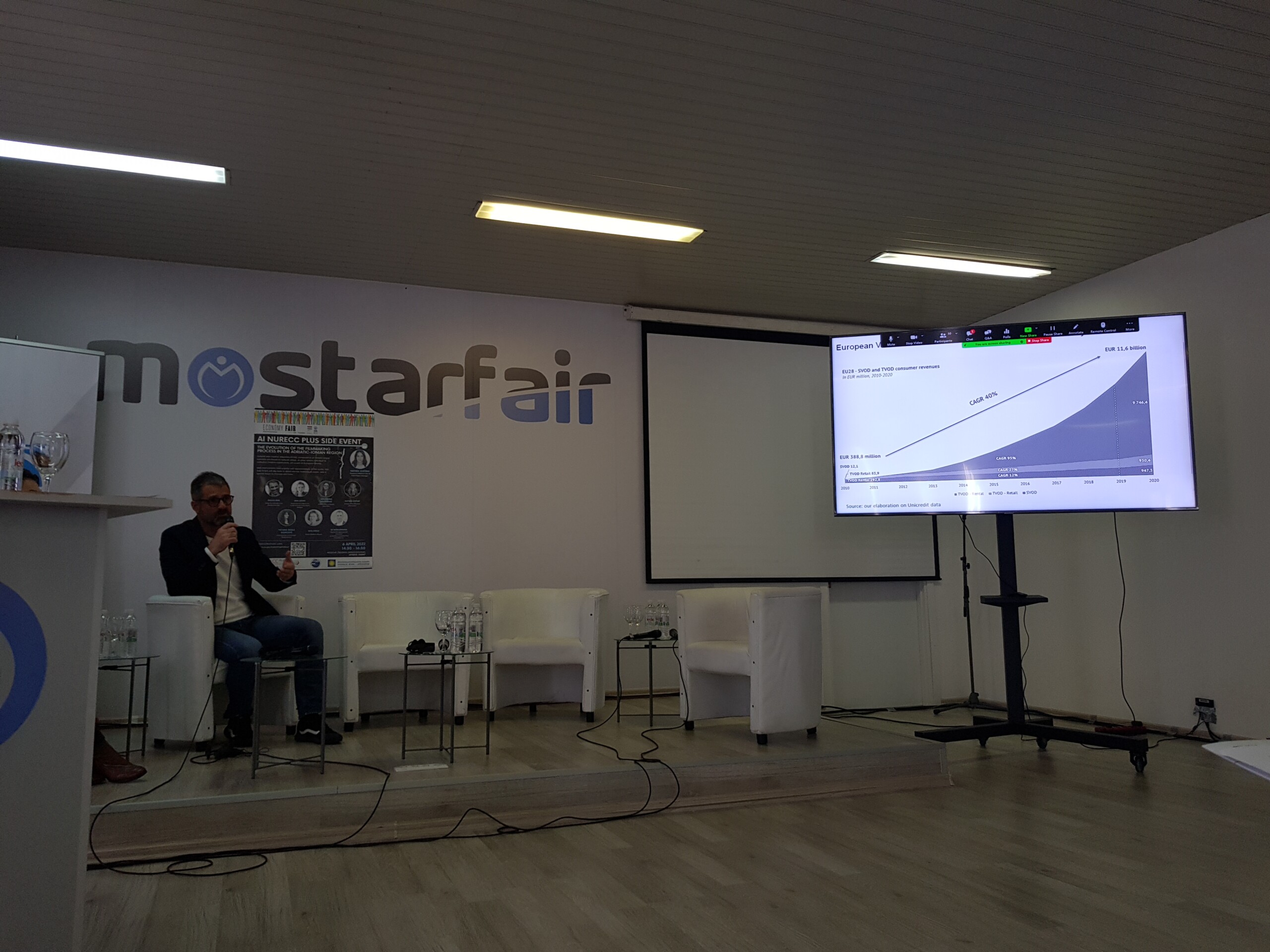 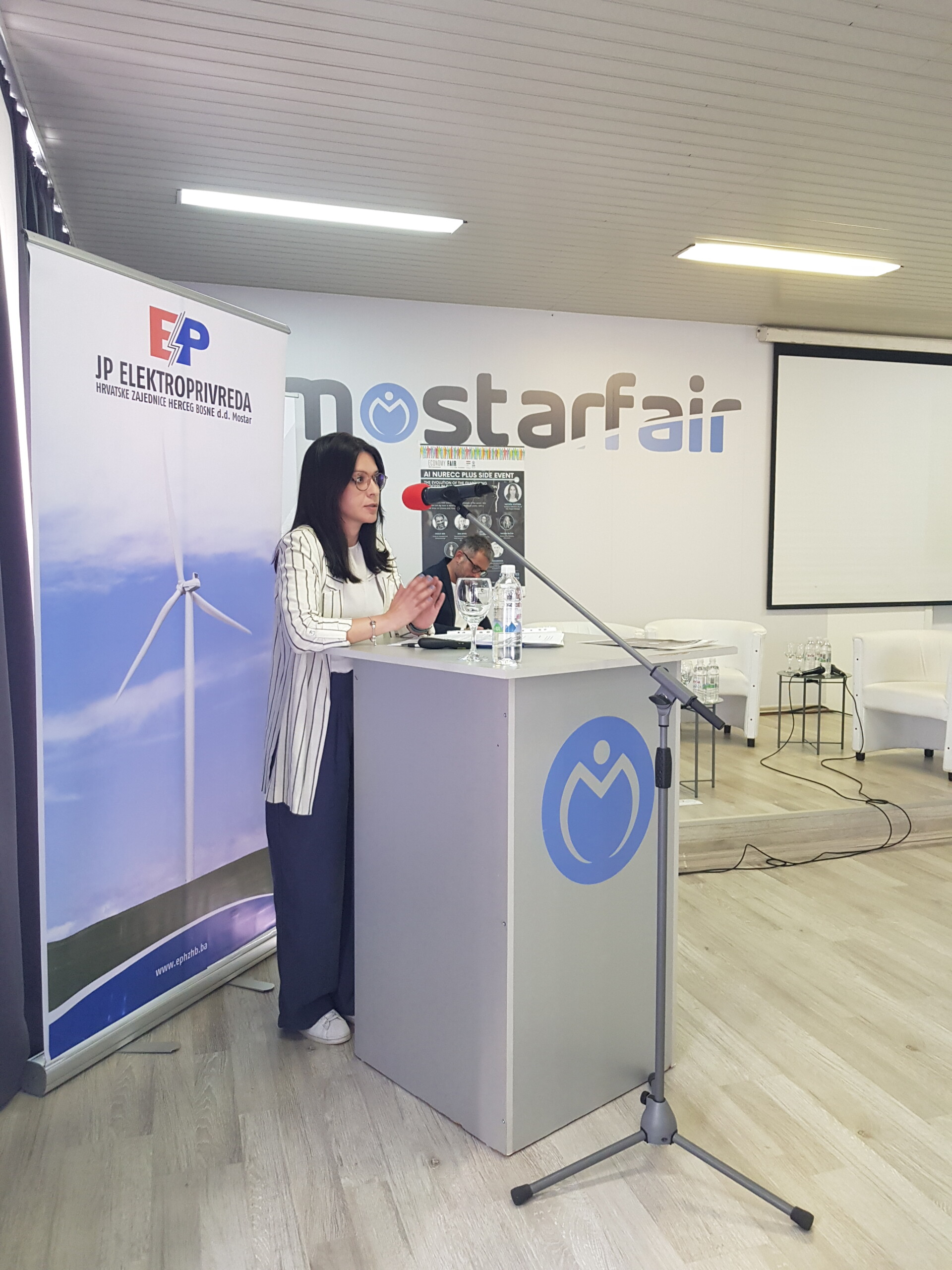 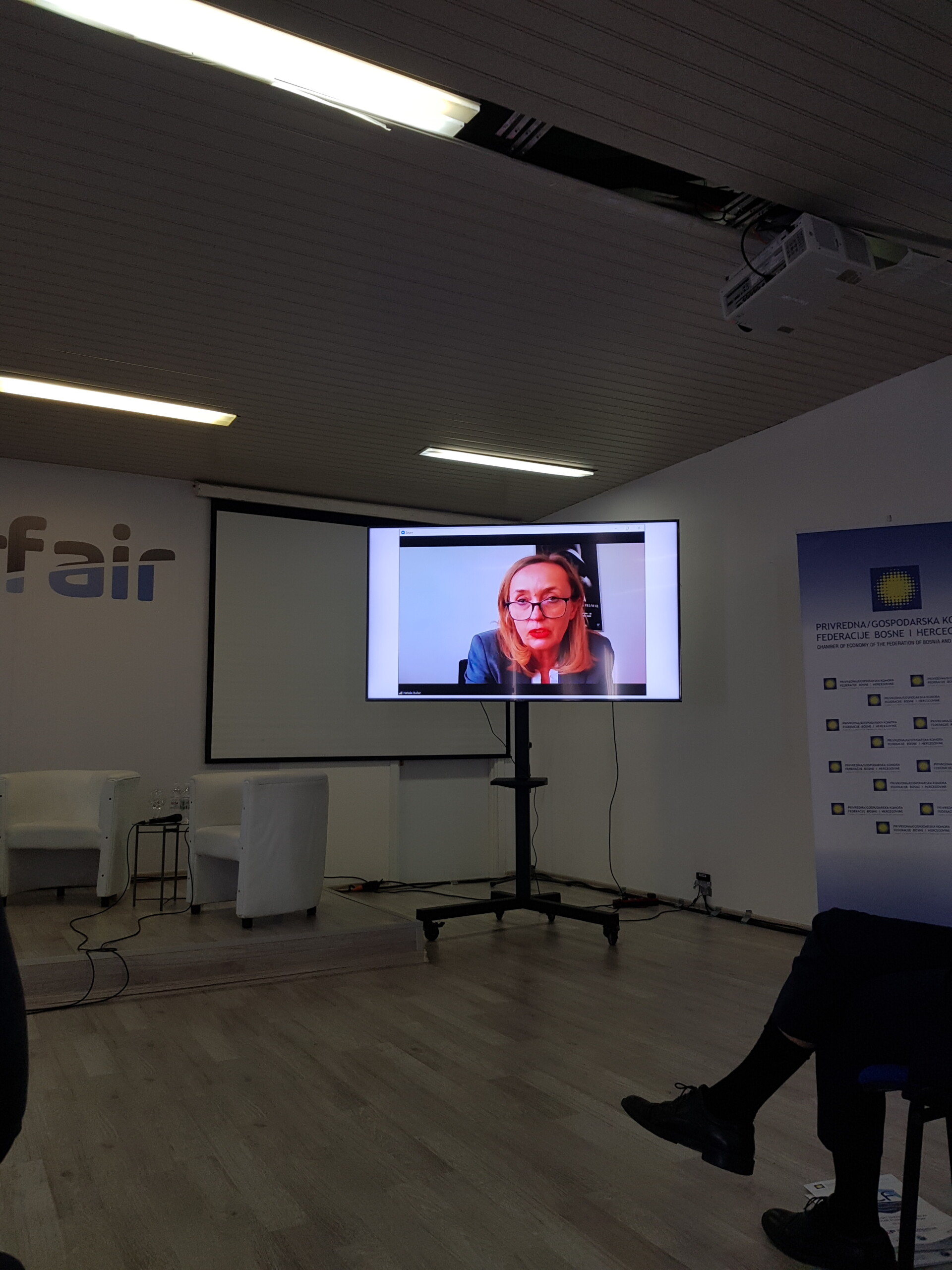 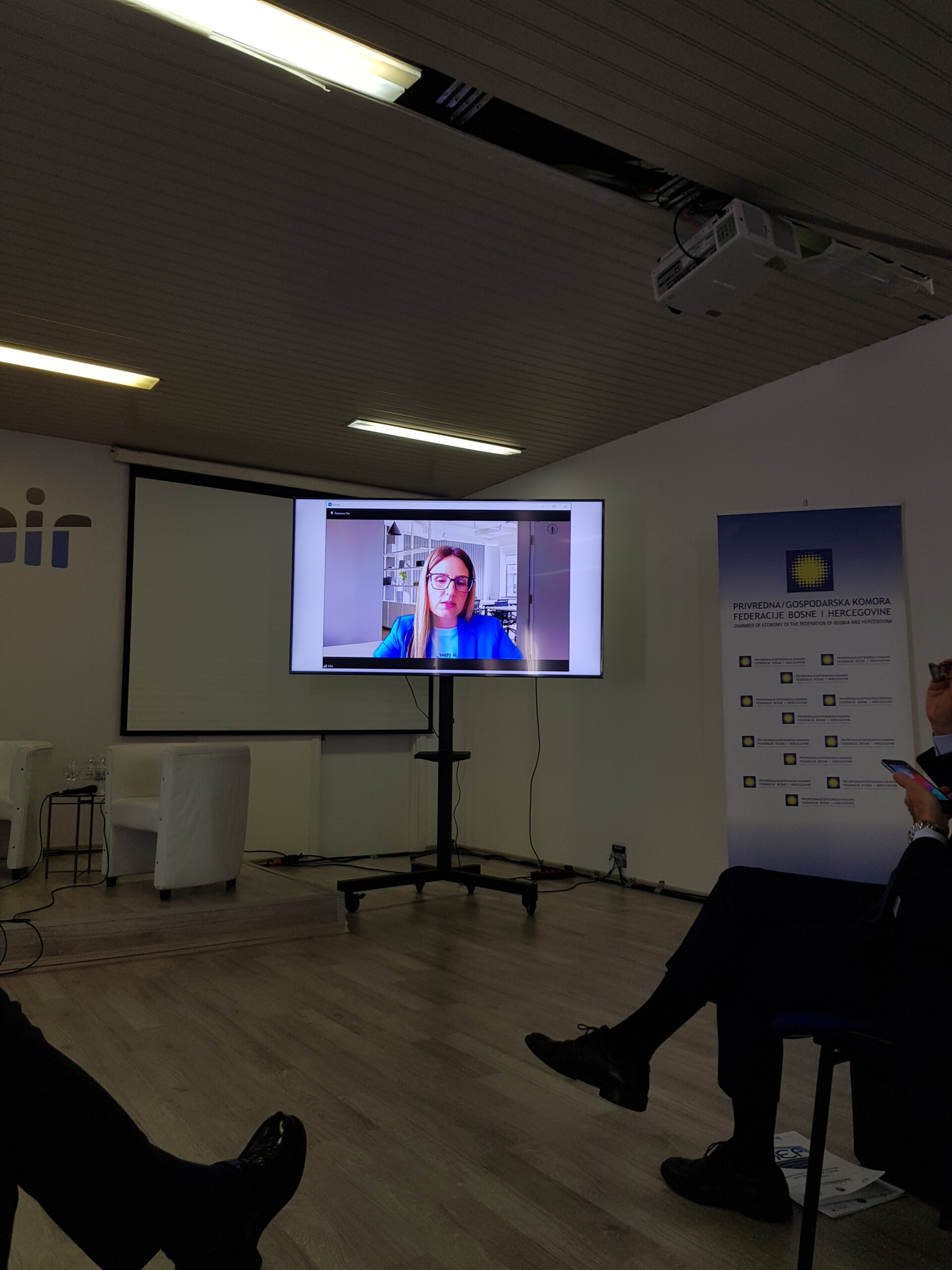 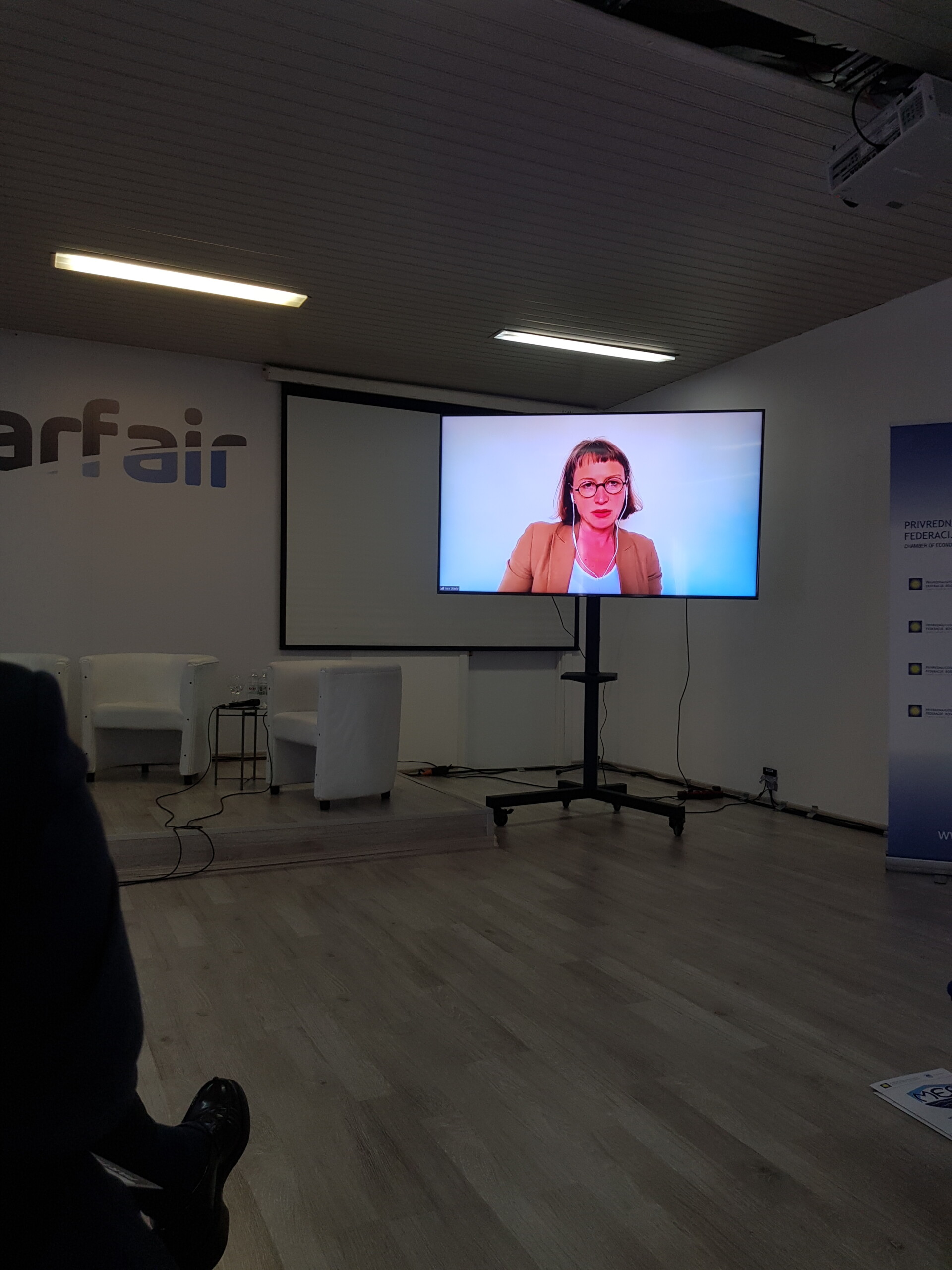 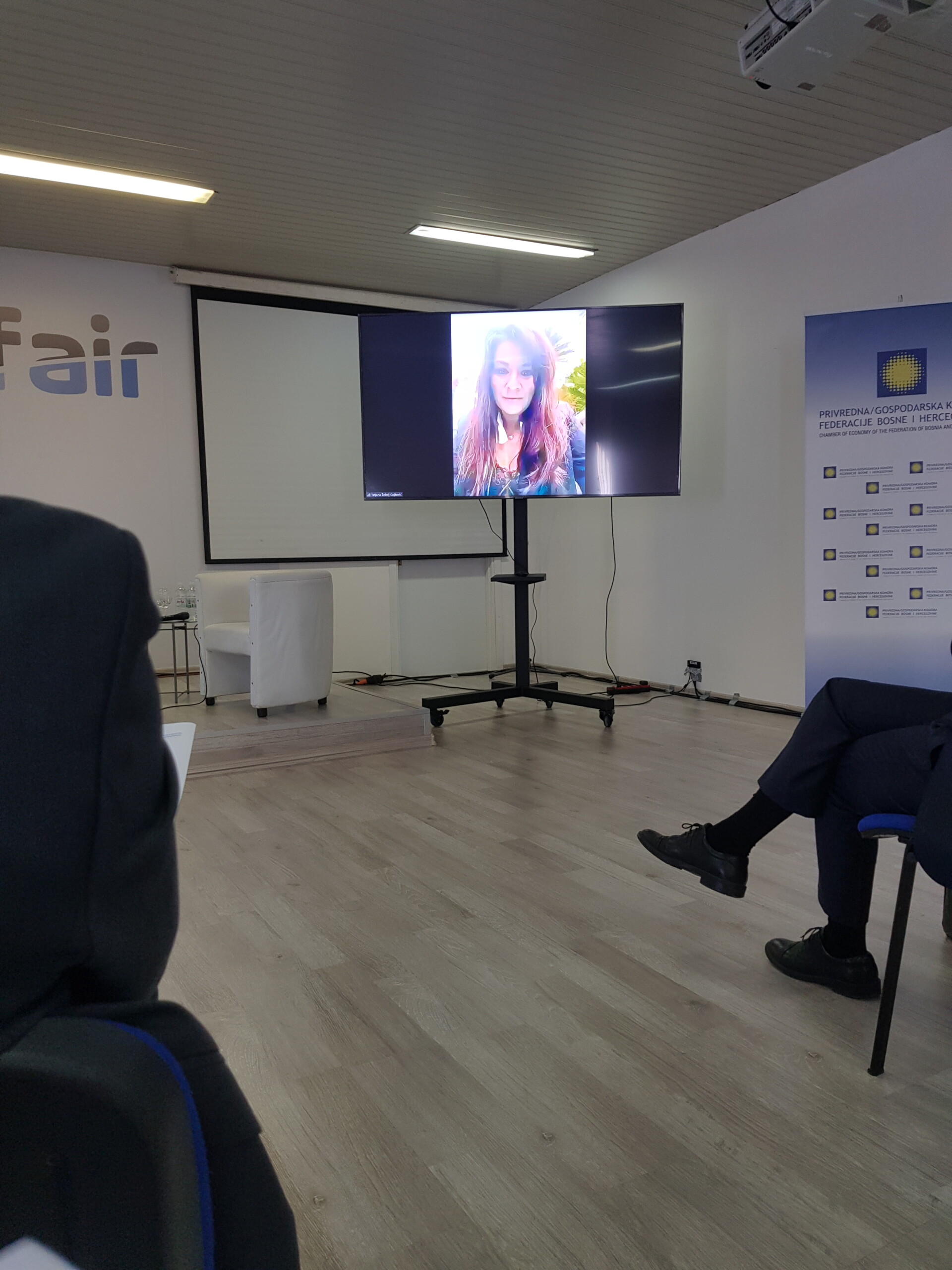