At the AIC Forum Ordinary Assembly, held on the 9th of June in Pescara, Mirjana Čagalj, the acting president of the CCE County Chamber Split, was elected the new president of the Forum for the upcoming two-year mandate. 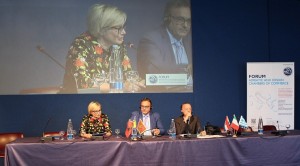